Last weekend, Sundays Well RFC hosted the 3rd Erasmus Plus #MIXAR project at the Irish Independent Park, in Cork. Over 40 delegates from Italy, the United Kingdom, Spain, Belgium and Ireland resumed the discussion started in Bradford few months ago, and shared knowledge, experiences and expertise in order to implement the  Mixed Ability rugby model in their countries.

Particularly important was the presence of the Irish Rugby Football Union who attended the Thursday celebration with the senior vice president Nicholas Comyn, and the Friday knowledge-sharing workshop with Anne Marie Hughes, safeguarding and Inclusion officer as well as part of Spirit of Rugby programme.

The weekend saw the University of Salamanca leading a piece of research around the key components of Mixed Ability which, unsurprisingly, were identified by delegates with being”just normal rugby”, education and advocacy for people’s choices. Sundays Well Rebels were able to share their success stories including voices from players of all abilities, coaches, parents, club representatives and supporters, reinforcing the idea that a Mixed Ability team is just another team within a mainstream rugby club. Per Formare, carried out some work around the potential Mixed Ability has in transforming the job market, specifically for people with disabilities, interviewing players and employers who met through Mixed Ability.

For IMAS, on the other hand, this was the ideal opportunity to present the City of Cork with the official logo of IMART 2020, and to share our 10 years of experience in providing education, advocacy and inclusion through sport.

We all know that rugby is a contact sport, and this comes with some risks. But we also believe the benefits far outweigh the risks and that, ultimately, we should enable people to make informed decisions about their lives. Rugby is such a great game, and seeing teams starting across Europe as a result of this project reinforces the idea a cultural shift in grassroots sport is possible. And the time is now! 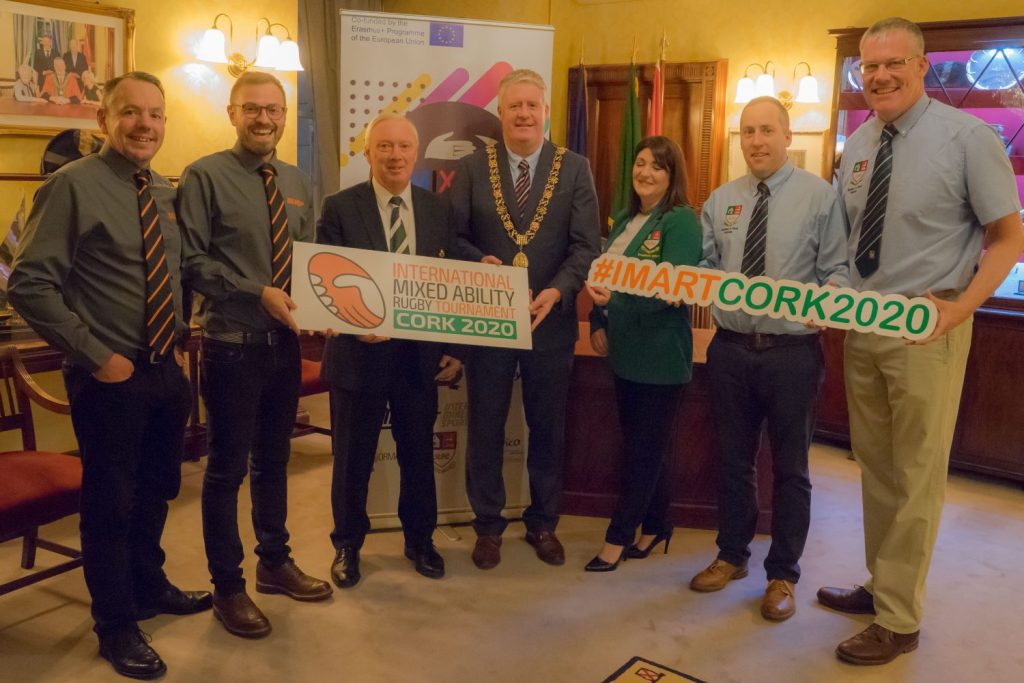