“Martino was the man responsible for the organisation of the Mixed Ability Rugby World Tournament. More than £ 135,000 was raised to bring the tournament to Bradford, but it took more than just financial backing. The Mixed Ability Rugby World Tournament which included events at Bradford & Bingley Rugby Club and in the City centre, attracted more than 2,000 people in total, an it was Martino’s tireless work towards the co-ordination of travel and spearheading of the fundraising effort that paved the way for the tournament to take place. Martino worked with international partners, lobbied parliament and secured sponsorship from the private sector. He even pulled on a pair of boots to compete in tournament as a player! The tournament has left a lasting legacy for Mixed Ability Rugby in Bradford and beyond, and the bidding process for the staging of the 2017 tournament is underway. It is Martino’s tireless work that has made all of this possible“. 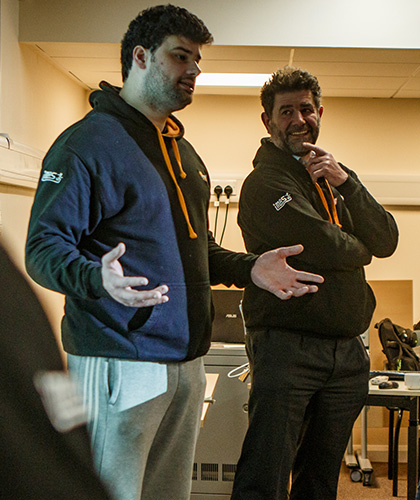