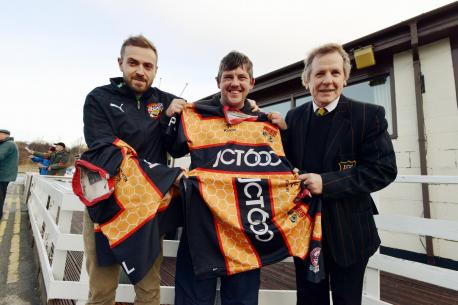 Bumbles founder Anthony Brooke has been awarded with the prestigious 2014 Points of Light Award by the PM David Cameron.

‘Anthony was born with cerebral palsy. As a rugby fanatic he had always wanted to play the sport, but when he approached clubs he was offered the position of water boy or encouraged to play tag rugby with other players with disabilities. With the support of the RFU (Rugby Football Union) and the Bradford and Bingley Rugby Club, Anthony set up Bumble Bee Barbarians RUFC, Britain’s first mixed ability team in 2009′ (full mention here).

All the Bumbles are very proud of this special honour, and IMAS is enthusiastic to have Anthony as its Ambassador.

All together, we are looking forward to host the 1st ever Mixed Ability Rugby World Tournament in August 2015.

You can find a Telegraph and Argus article here! Impacts of Mixed Ability Beyond Sport